I’m not an Apple fan at all. But I have old macbook :)

Yesterday i’ve installed Midnight Commander on OS X 10.6.8 SnowLeo. It was a good quest, more interesting than usual linux work. First of all 10.6.8 – old & unsupported. This is general problem. Second – you have no built-in package managers like apt, dnf or yum on mac. But there are third-party tools like macports & homebrew. I used homebrew.

After some experiments i’ve downloaded libxml2 2.9.4, built it & installed it with commands from homebrew (it prints commands while installation). After that i’ve copied libxml2 bins to /usr/lib & made link /opt/local/libxml2 to /usr/local/Cellar/libxml2/2.9.4_3. 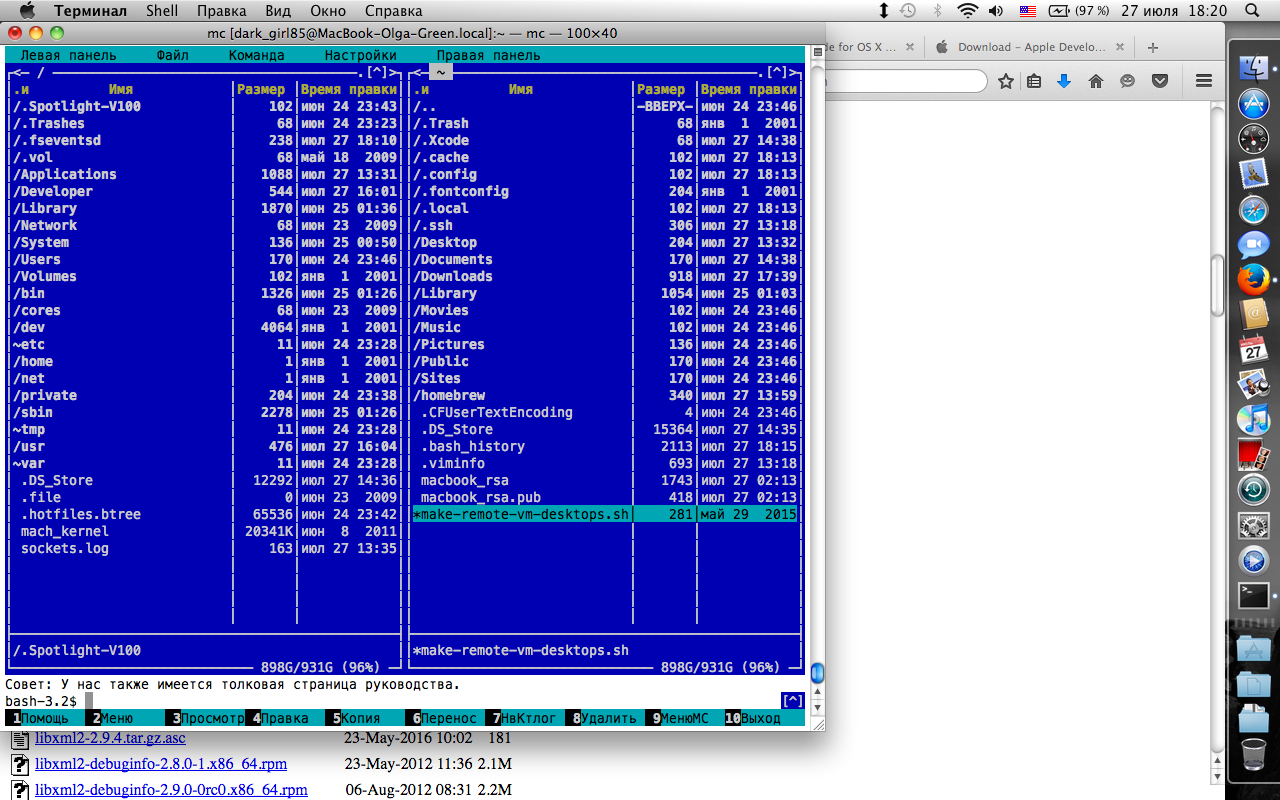